Blackberry has previously won hearts of customers with the series of QWERTY phones launched around the world. However, few phones were considered to be pretty expensive, due to which many people could not think of putting hands on those. However, Blackberry has now decided to come up with Q5 which will be available at extremely affordable prices. Previously the Q10 and Z10 were priced quite high. Now blackberry q5 will be available in a decent price. The announcement of the launch of this cheap and cheerful device has indeed improved its position in Africa, Middle East and South East Asia. In fact, in order to keep the cash rolling in, Blackberry has decided to bring out affordable package for its users.

Same Experiences to the Users:

The Q10 from Blackberry was available with loads of features. However, this time blackberry has decided to bring in Q5 that will comprise of almost the same features that were available in Q10, but of course at a normal price. The users can expect to get the same experience of Q10 without creating a harsh impact on the pocket, as a whole.

If you take a look at blackberry q5, at a glance you will find that the phone has been loaded with hosts of features that you had seen in Q10. You will find a chipset with dual core along with 3.1” display. The resolution of the screen will be 720x 720 pixels and there will be a QWERTY keyboard offered. As a result, it will be easy for you to carry out texting and emailing through the phone. This is not the end. The phone is comprised with lots of other features with which you will be absolutely impressed.

Before knowing the price, it is time for you to take a look into some of the key features of the phone. These include:

The above are the few features that you will find in blackberry q5. In fact, the affordable price tag of this handset will definitely help it to convince large number of people, and it can also move much ahead of its competition. It is expected to be unboxed in September and people are eagerly waiting to see whether the promises match the performance. This in turn, will definitely enhance the sale of the device to a further greater rate. Moreover, as this is the first handset from Blackberry to target the affordable price point, it has been the centre of attention since then.

Compared to all these features, the phone has been priced only at $320. Thus, it has been priced so that it can go head to head with Samsung Galaxy S4 Mini. It is available in different colors of black, red and white. In India, it will be available at the price of Rs 25,000. However, it is expected that the phone would sell good in some specific places like Nigeria and other countries of the Middle East. The phone has already been released in some countries like Malaysia in July and the sale is quite high.

Blackberry q5 has been designed to be a mid range phone with a solid feel. It is made of plastic primarily not like the heavy metal of Q10. However, the critical parts and the features of these parts are quite common between the two. It features LCD TFT panel, but they share the same processor. In fact, some of the features have been intentionally kept common to ensure that the new device functions smoothly and efficiently like its sibling

Blackberry has not only given special attention to the design, feature and price in manufacturing Q5, but it has also given emphasis to its end user. The entire buildup of the device is targeted not only to the business class, but also to the young users. The availability of this device in different colors gives a special indication to this point. The smart business people always have the option of black, while youngsters can look for interesting colors like red and white. Pink will also be available at the latter half of this year making the phone further interesting and appealing.

However, it can be easily expected that the success of the blackberry q5 will determine the fortune of the company in different parts of the world. Blackberry has built the market for smartphones, and by now it has already launched several devices. Many devices are also expected to get launched in the near future. In order to get its reputation back as a smartphone maker, the affordable device will have to sell well. Along with the sale, the performance of this affordable range of phone will be considered in determining the come back position of the smartphone maker in the market. 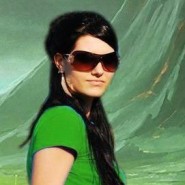